To share your memory on the wall of Leslie Harvath, sign in using one of the following options:

To send flowers to the family or plant a tree in memory of Leslie M. Harvath, please visit our Heartfelt Sympathies Store.

Donations are being accepted for: Norwin Historical Society.

We encourage you to share your most beloved memories of Leslie here, so that the family and other loved ones can always see it. You can upload cherished photographs, or share your favorite stories, and can even comment on those shared by others.

Kathy and Camille Hebert, Kathy Simmons, and other have sent flowers to the family of Leslie M. Harvath.
Show you care by sending flowers

Posted Apr 16, 2021 at 02:02pm
I was deeply saddened to hear of Les's passing. I met him in the 60's at the Strawpump Playground thru his Cousin Jeanne who was one of our instructor's. I looked up to him initially because he was a great Baseball Player & I loved the game myself. I eventually had him for a Teacher at Norwin too (1970). He was a great, all around Role Model, truly one of a kind, from his unique "bounce in his walk", to the way he carried himself, a real Class Act that I'll never forget. Rest in Peace my Friend.
Comment Share
Share via:
DB

Posted Apr 10, 2021 at 09:47pm
Jane Ann, My heart breaks with you at the loss of your husband/best friend and father. Leslie had a great sense of humor and was such pleasure to be around. He will be truly missed.
Comment Share
Share via:

Posted Apr 07, 2021 at 07:34am
Mr Harvath was one of the most creative and fun teachers I ever had... on a side note, as a nurse, I have embraced "cultural competence" and attribute my interest in this area of nursing to the "COW" (Cultures of the World) class I had with Mr Harvath. I don't know if anyone could ever account for the many lives he influenced.
Comment Share
Share via:
ME

Posted Apr 06, 2021 at 01:51pm
Mr. Harvath was extremely passionate and inspirational teacher. I was able to enjoy his Cultures of the World class in the late 90s. His passion for travel and visiting places has led my family and I to take many a travelling adventure over the years.
Comment Share
Share via:
HS

Flowers were purchased for the family of Leslie Harvath. Send Flowers 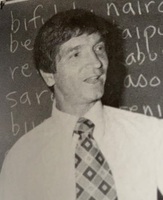 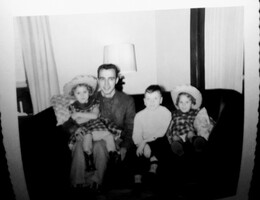