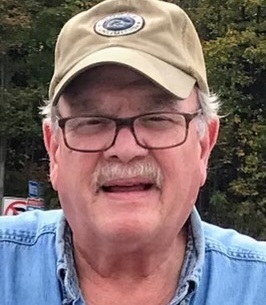 Richard Karl Martin, 72, of Irwin, Hempfield Twp. died Wednesday February 16, 2022 in Crawford County. He was born January 17, 1950, in Pittsburgh a son of the late Robert A. and Mary Martha (Briney) Martin. Prior to his retirement he was employed as a Marketing Officer for First National Bank. He was a member of Ducks Unlimited and the National Rifle Assoc. Surviving is his wife of 35 years Kathy (Haines) Martin; their son Ryan Koroly and his wife, Olga, of Monroeville; grandchildren Siera, Sawyer and Aspen Koroly, Elena and Alexandria Ellinger; a sister Susan Witt and her husband, Joel, of CA. and a sister-in-law Charlene Johnson and her friend Tony, of Munhall. At Richards request there will be no viewing or services. Entrusted with the arrangements is the Ott Funeral Home Inc 805 Pennsylvania Avenue Irwin.