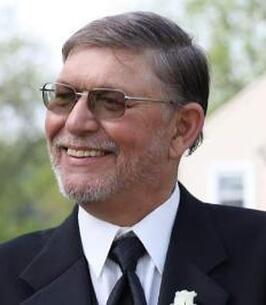 Sam passed away peacefully, at home, surrounded by family.
He is survived by his three children, Scott Alan McCune, (Louise Bhavnani) of Charlotte NC, Stephanie Lynn West (Alvin West) of West Mifflin PA, and Steven Samuel McCune of Orlando FL. He had two beautiful grandchildren, River and Wren Bhavnani-McCune, a sister, Susan McCune and her husband and one of a kind brother-in-law, Turgut Alikaya, and two amazing nephews, Zeki and Aydin Alikaya. Life’s adventure allowed him to meet the mother of his children and dearest friend, Sherry Marshalek McCune, who even after 35 years of separation, remained great friends and cared for him in his final months. He is also survived by his special friend, Elaine Kushner and his beloved cat, Mouse. He was predeceased by his mother Clara McCune and father Samuel Kline McCune II. “Sammy” attended Point Park College, then served as a Petty Officer 2nd Class in the United States Navy Reserves and served upon the destroyer escort the USS Courtney as a machinist mate, during the Vietnam Era. Sam was a lifelong conservationist who loved to fish; yet, refused to fire gun. He had a fascinating ability to find and identify neat gadgets and trinkets. He was exceptionally proud of his father’s service during WWII, in the 2nd Marine Division. However, his proudest achievements were his three kids who grew to know and practice peace and loving kindness. This is his lasting legacy; kindness.
The family also wants to give special thanks to Bridges Hospice and his wonderful caregiver Irene Paulus, who treated him with dignity and loving kindness these final months.

“In life some bring flowers. Others, they bring food. Others go on in silence. But true to these blessings that are due…'thank you' to the one who works with the angels and sees the night times through. “Neen”.

There will be a viewing on Thursday from 2-4 and 6-8 pm at Ott’s Funeral Home. A funeral service will be held at the funeral home on Friday at 10 am. A military honor guard and internment to follow at the Cemetery of the Alleghenies in Bridgeville, on Monday, Oct 10 at 10 am. Everyone meet at cemetery. For online condolences, please visit www.ottfuneralhome.com.

In lieu of flowers, donations can be made to ParksandForests.org, memo: "for the bass in the Juniata."