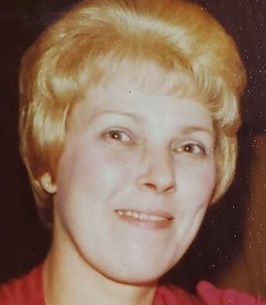 Sandra Elaine O’Brien, (Cunningham) age 81 of Irwin, Penn Twp. died Tuesday, February 1, 2022 in Golden Heights Penn Twp. She was born December 24, 1940 in Wilkinsburg a daughter of the late Howard and Margaret Forsyth Cunningham. Elaine was a longtime member of the Paintertown Civic Club and a volunteer at Forbes Regional Hospital for many years. She was an avid gardener as well. In addition to her parents she is predeceased by her husband Monty O’Brien a grandson Mathew O’Brien and sister Shirley Rehor. She is survived by her sons Mark O’Brien and his wife Cindy of Penn Twp and Dean O’Brien of Connellsville; grandchildren Kelly, Andrew and Catherine O’Brien and great grandchild Makayla Guerrieri. Friends will be received at the Ott Funeral Home, Inc. 805 Pennsylvania Ave, Irwin for a Memorial Visitation with Elaine and Monty on Monday from 1 pm to 4 pm with a Service for both in the funeral home chapel. Donations may be made to the Salvation Army, 9 Freeport Street, Delmont, PA 15626. To send online condolences please visit www.ottfuneralhome.com