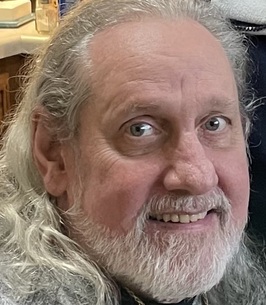 Timothy J. Soisson, age 70, of Greensburg died on Thursday, February 3, 2022 in Hempfield Manor. He was born January 1, 1952 in Braddock, a son of the late A. Howard and Lillian Vogel Soisson. In addition to his parents Tim is predeceased by Jerry Bouch his life partner of 35 years; siblings Joan Soisson, Lawrence “Lance” Soisson and Joel Soisson; a niece Nina Soisson Weaver. He graduated from Norwin in 1969 and then from St. Fidelis College and Seminary in 1973 with a BA in Psychology. He then entered St. Conrad Friary in Annapolis, MD and completed his Novitate year in 1974 as a Capuchin Franciscan Friar. Tim then completed 4 years of Theology at Washington Theological Coalition in Washington DC. During these 4 years he served with his fellow Capuchin Brothers in Charleston, W VA at Sacred Heart Co-Cathedral. Tim returned to Western Pennsylvania and worked as a family counselor at Catholic Charities in Greensburg, PA. He then began his career as a Drug and Alcohol therapist for, at the time, Myriad Project in Greensburg. He was promoted to Clinical Supervisor at Alle-Kiski D&A in New Kensington, now under the auspices of Southwest Pennsylvania Human Services. Tim then was transferred back to Greensburg to Supervise the Restrictive Intermediate Punishment Program and the Huff Avenue Greensburg Drug and Alcohol Program. Remaining in the Drug and Alcohol field, Tim entered the Pennsylvania Dept of Corrections serving as a drug and alcohol treatment therapist, servicing the SCI Cresson, SCI Greensburg, SCI Somerset, where he was an acting Supervisor. He finally retired from SCI Pine Grove in 2017 following the death of his partner, Jerry. He is survived by siblings A. Howard, Jr (June) Soisson of Sunbury OH, John “Jack” (Janice) Soisson of Irwin, F. Clifford Soisson of Lewes, DE , Lynn (Michael) Mariotti of Jeanette and his aunt Sister Miriam Richard Soisson Caritas Christi of Greensburg; sister in law Bette Anne Soisson of Rillton as well as many nieces and nephews and dear friends Lou and Carla Conte, Father Gervase Degenhardt, OFM Cap and Father Dale DeNinno. Tim was known for his “coffee” paintings. He painted many for friends and relatives and sold them locally. Friends are invited to join in a Mass of Christian Burial on Friday, February 11th at Immaculate Conception Church at 930 am in Irwin followed by a burial in Immaculate Conception Cemetery. In lieu of flowers Tim suggested donations be made to his family. To send online condolences please visit www.ottfuneralhome.com