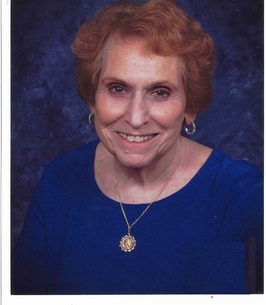 Virginia D. “Ginny” (Natale) Caric, age 92 of North Huntingdon passed away peacefully on Sunday July 24, 2022 at Redstone Highlands in North Huntingdon, PA.. Virginia was born August 30, 1929 in Glassport, PA; she was the daughter of the late Leonard and Mary (Clutta) Natale. Virginia enriched the lives of many in our community during her 34 year professional career where she served as a Deli Manager at Scozio’s Shop & Save and a General Manager at Howard Johnson’s Restaurant on Rt. 30 in North Huntingdon. Virginia also operated Ginny’s Catering along with her husband George. In addition to her parents, she was preceded in death by her husband George W. Caric Sr., her sisters Gloria (Natale) Satterfield and Carmella Natale, and her brothers Anthony, Frank, and Dan Natale. Virginia was a member of the Immaculate Conception Church of Irwin, a member of the Christian Mothers/Women’s Guild and was a volunteer for the Fish Fry and the Comfort Blanket Ministry She was also a member of Silver Sneakers. Surviving are three sons George Caric Jr. and his wife Sally, Len Caric and his wife Judy, Shawn Caric and his wife Nancy. Grandchildren; Lacy (Caric) Sigal, Christopher Caric, Leonard Caric Jr., JJ Caric, Matthew Caric and Bradford Caric; great grandchildren; Cooper Sigal and Eloise Virginia Caric. Ginny was also awaiting the birth of her 3rd great grandchild. Also surviving is a sister Josephine Harrison, and several beloved Nieces and Nephews. Friends will be received at the Ott Funeral Home, Inc., 805 Pennsylvania Avenue, Irwin on Tuesday from 3 to 8pm that will conclude with a prayer service beginning at 7:30pm. A mass of Christian Burial will be held on Wednesday at St. Barbara Church, 111 Raymaley Road, Harrison City at 11 am. The funeral mass will be live-streamed on St. Barbara Facebook page(stbarbarahc) and St. Barbara YouTube: (St. Barbara Parish Harrison City). Interment will follow in New St. Joseph Cemetery. In lieu of flowers donations may be made to Queen of Angels School, 1 Main Street, Irwin PA 15642 or Immaculate Conception Church, 308 2nd Street, Irwin PA 15642. The family would like to thank the entire staff at Redstone Highlands for their kind and compassionate care. To send online condolences please visit www.ottfuneralhome.com