To share your memory on the wall of Robert Gutwald, sign in using one of the following options:

To send flowers to the family or plant a tree in memory of Robert J. Gutwald, please visit our Heartfelt Sympathies Store.

Donations are being accepted for:
Immaculate Conception Church Jacktown Ride and Hunt Club

We encourage you to share your most beloved memories of Robert here, so that the family and other loved ones can always see it. You can upload cherished photographs, or share your favorite stories, and can even comment on those shared by others.

Nick Voron and Family Sacramento, CA, Sonny, Chontelle, Diane, and Jill, and other have sent flowers to the family of Robert J. Gutwald.
Show you care by sending flowers

Posted Dec 24, 2020 at 03:01pm
i am so sorry to see this. I worked at the Irwin post office and he was one of the nicest customers i ever had. please accept my dearest sympathies.
Comment Share
Share via:
NC

Posted Dec 11, 2020 at 12:21am
May God Bless All of You and Coach Gutwald in Heaven above. Our Sincere Condolences and Prayers are with all of you!

Posted Dec 09, 2020 at 03:33pm
Dear Elaine and Family my deepest sympathy on the loss of Bob, he truly was one of the good men on this earth. I am sure God will keep him busy, but all of us who knew him will never forget him. Rest in peace Bob we truly will miss you.
Comment Share
Share via:

Posted Dec 09, 2020 at 11:56am
Dear Gutwald Family,
Please know that you have our family's deepest sympathy. Bob and all of you are in our prayers at this most difficult time. May Bob rest in God's eternal peace.
The Lucotch Family
Comment Share
Share via: 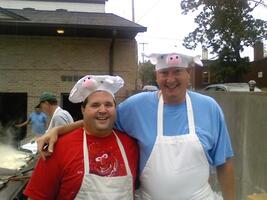